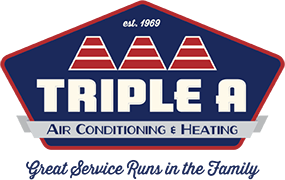 Since 1949, Triple A Air Conditioning & Heating has been providing excellent service and reliable workmanship to the people of Irving, Irving, and the surrounding areas. Take a minute to meet the friendly faces that make up our team of experts by reading their bios below. Keith started work running tools for his daddy when he was just 11 years old! He graduated from vocational school and worked for other companies to gain the technical experience he needed to add to his training with Grandpa Neff. After marrying his high school sweetheart in 1987, he decided to follow in his father’s footsteps and open his own family business. Just like his father, second-generation Keith found if it was broken, he could fix it. Following the family tradition, Keith’s children soon joined the family business running tools, or simply writing love notes to their daddy. Son, Dustin, showed his dedication and talent for fixing things when he was a student at Marcus High School. Keith doesn’t have to run tools anymore so he spends his spare time out at his ranch. But, you can guarantee Keith will jump in the truck at any minute to uphold the family tradition started by his daddy of giving great service to families in our area. Dustin is a sales and service expert and Triple A’s General Manager. He has been working at Triple A Air Conditioning since he was 15. Dustin graduated from Texas A&M in 2013 (Whoop!). He has a lovely wife who he met at Texas A&M. They had a little girl join the family in April and they are so in love with her. They also have 3 big labs and one dachshund who thinks he’s a lab. Dustin is passionate about the needs and goals of his clients, and he specializes in giving our customers peace of mind that work will be completed professionally and ethically. A consummate professional, Dustin was recently recognized by a national industry magazine as one of the Top 40 Under 40! Ryan grew up in Mansfield, Texas and joined the Marine Corp after highschool. He served our country for 8 years. During his time in the military, he learned to work on air conditioning and heating equipment. After his service was finished, he joined Triple A. During his free time, he enjoys camping and playing soccer.

Daniel has been in the HVAC industry for 13 years. He has helped thousands of customers by providing top notch service. Daniel has a wife and two beautiful girls. In his spare time, he likes to build computers and spend time with his family. Jerry was born and raised in Vicksburg, MS. He is married and has 2 kids under 2. Jerry completed A/C school at Lincoln Tech and joined Triple A after. During his free time, he enjoys riding his motorcycle and fishing. He also enjoys caring for his 9 snakes, 2 dogs, and 2 bearded dragons. Jim is from Champaign, Illinois. He recently made the move to Texas in Feburary. Jim has been solving comfort issues in customers homes for over 30 years. He is an expert in how comfort systems work in homes. He makes sure the system is sized properly in the home and that it will cool and heat the home well. Jim and his wife has a daughter who also resides in North Texas. Jim is an avid golfer and a good one! If you ever are looking for a scramble partner, you found him! Chuma was born in Kenya, Africa. He came to the United States in 2018. He went to Edge Tech Academy and after graduation, joined Triple A. During his free time, he enjoys fishing, pencil art, and riding motorcycles. Chuma enjoys meeting new people and helping solve customers issues. Stay connected with us!